Finch Organs
Who we are
David R. Finch
A lifelong interest in music and organs has been a catalyst to give David a passion for the pipe organ both in playing and as a curator. He is a graduate of the Guilmant Organ School, New York City where he studied with organ virtuoso, Dr. George Markey and holds a Master of Music Degree from The Hartt School studying organ with John Holtz and Organ Performance with Dr. Leonard Raver from The Juilliard School.

David began his career in Organbuilding in 1976, apprenticing with a Moller service agent. It was here David became familiar with the many types of actions and windchests. He served as a voicer/installer with the W. Zimmer and Sons who had a German background in organbuilding. Finch Organs was founded February 1982 beginning in Shalimar, Florida. The business was moved to Florala, Alabama in 1985. Austin Organs, Hartford, Connecticut became aware of David’s reputation in the Southeast and brought him into their firm as a Representative in 1989.

Finch organs currently has tuning and maintenance contracts with over 140 clients in six states, caring for some of the southeast's most notable organs. Finch organs provides many services for pipe organs, which includes re-leathering, additions, solid-state conversions, and complete re-building. 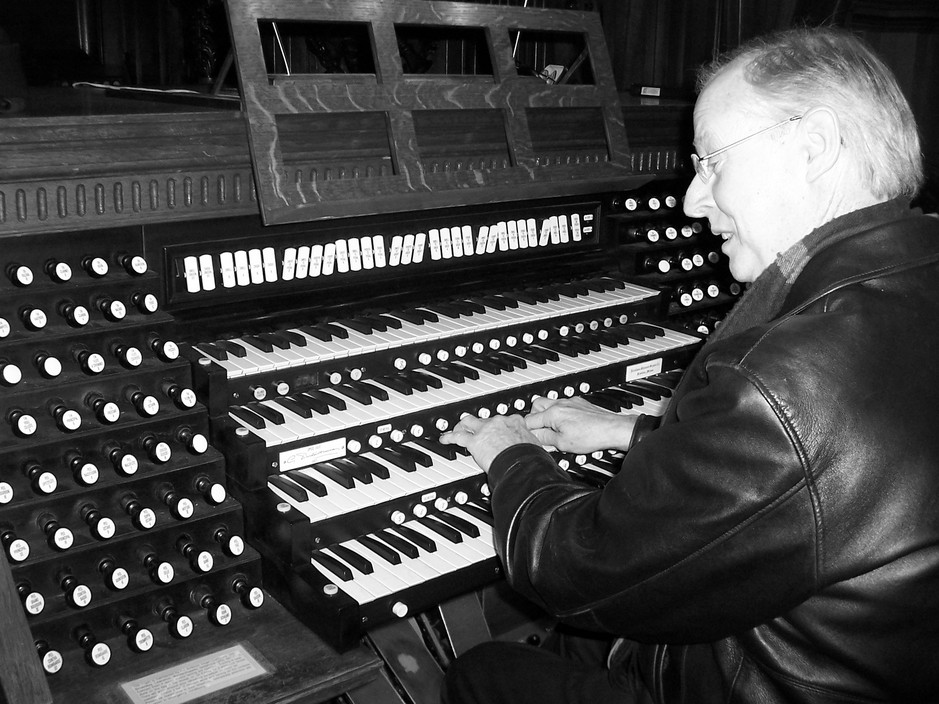 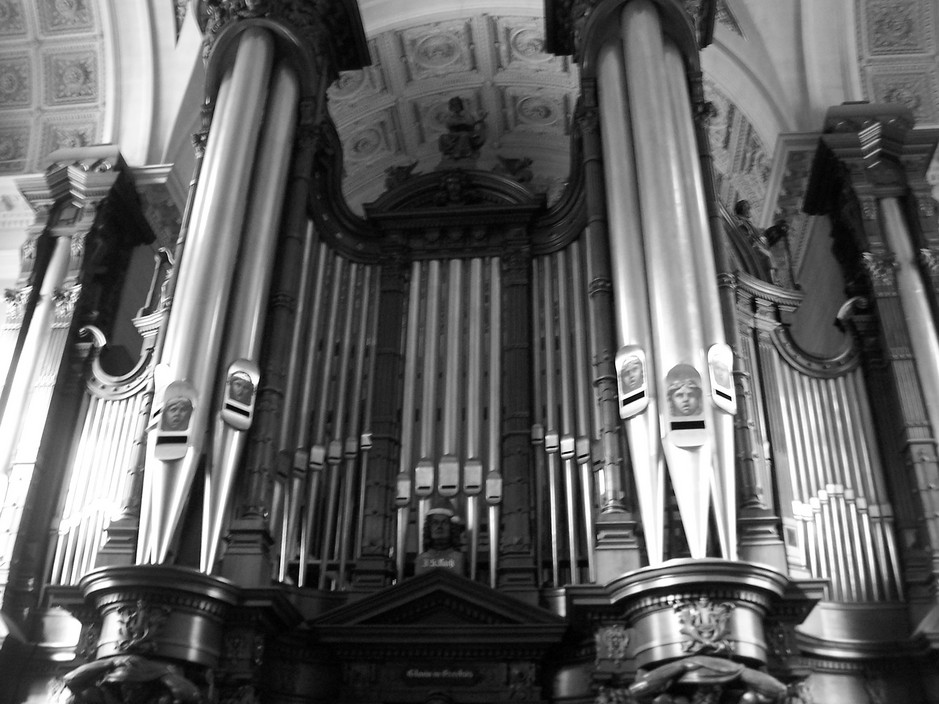 Pictured above is David playing the famous Methuen Memorial Musical Hall Organ during a trip to Boston, MA 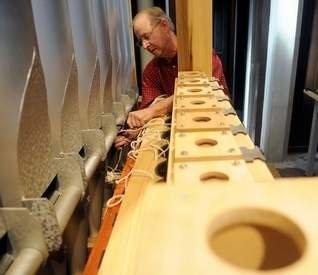 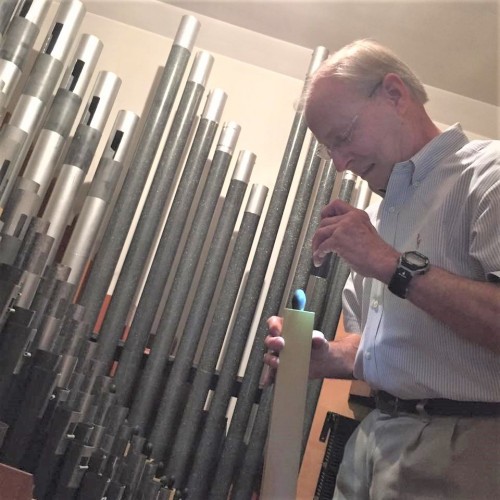